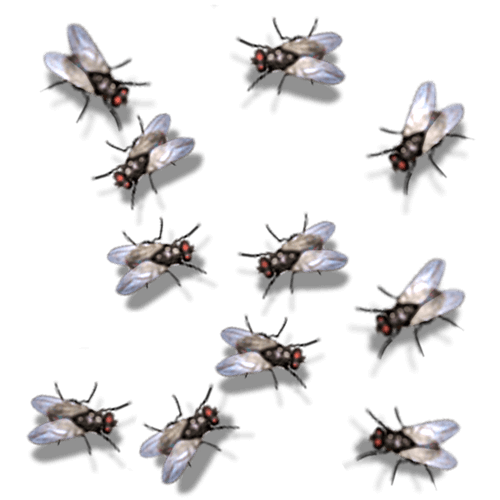 On February 13, 1968, during the darkest days of the Vietnam conflict, the gates of hell opened wide, unleashing new and hungry life into the countless war-torn dead. The horrors of war take a back seat as an American tunnel rat crawls into a Viet Cong warren turned undead slaughterhouse, rotting snipers fire their final bullets from treetop perches, and freshly filled body bags twitch and rise from the slab.

There are zombies in the razor wire… 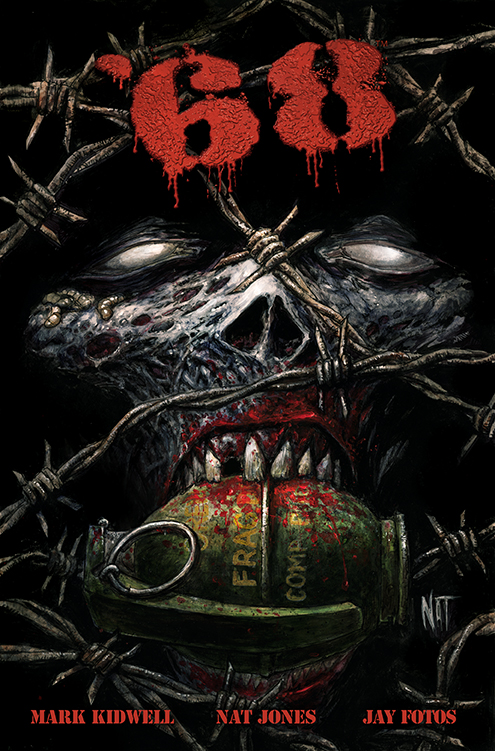 Collected for the first time, this 178-page trade paperback presents the new ongoing comic series’ initial four-issue story arc along with its predecessor, the original ’68 one-shot from 2006! Re-colored and re-lettered, the classic first tale meshes seamlessly with the fresh storyline and brings the sold-out zombie horror epic full circle. In addition, creators Mark Kidwell, Nat Jones, and Jay Fotos have included tons of extras from behind-the-scenes to make this collection a must-have for zombie and horror fans everywhere! 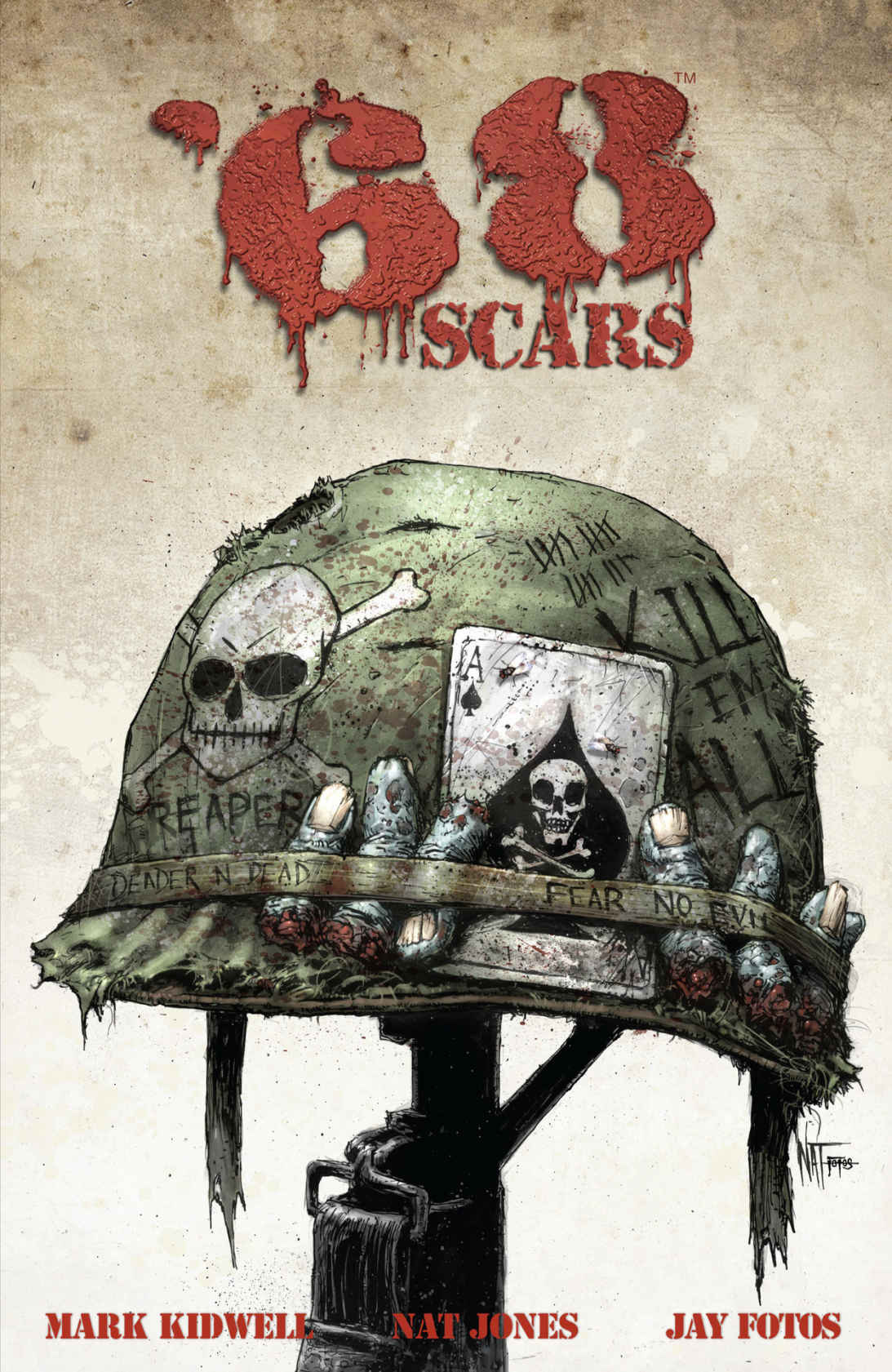 Continuing the epic story of the rise of the living dead in the 1960’s, “’68 SCARS” picks up right where the original sold-out comics mini-series left off. From a blood bath atop the US Embassy in Saigon to the churning waters of the Mekong Delta, the surviving US forces fight for their lives against the malicious guerilla tactics of the Viet Cong and the endless surge of the cannibalistic dead. And within the enemy-surrounded perimeter of Saigon’s TAN SON NHAT airport, the scars of war reveal themselves as a festering evil tightens its grip.

The war is over, but the battle for humanity’s survival has just begun…and some wounds never heal. 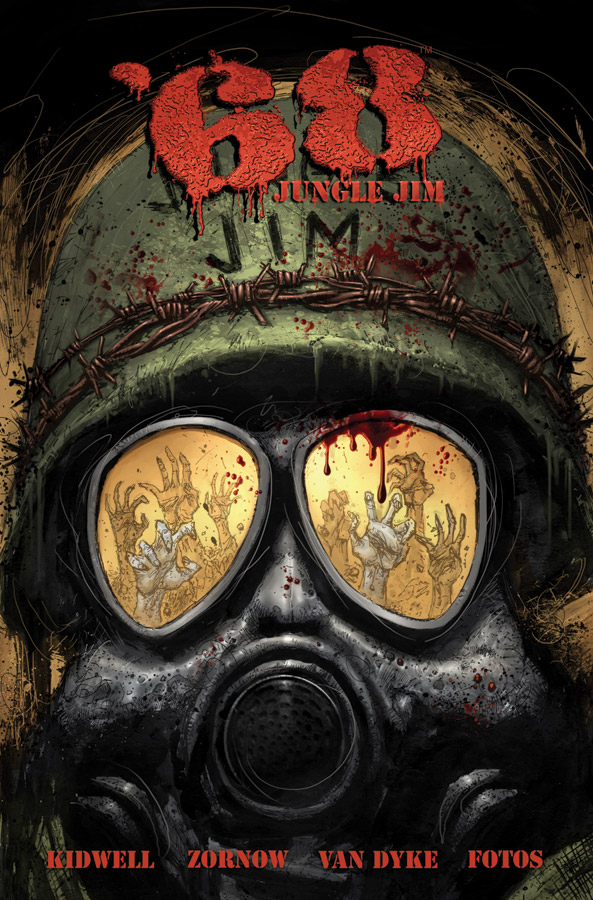 In 1968, the zombie-infested jungles of Vietnam and Laos explode with the coming of a grim hero for earth’s new dark age! JUNGLE JIM is a one-man army, a reaper in a gas mask…JACK THE RIPPER WITH AN M-16…armored in burlap and bamboo against the living and the dead as he searches relentlessly for redemption in the heart of a rotting, war-torn apocalypse. Whether he’s rescuing American POWs from the clutches of the Viet Cong or staging a bullet-riddled standoff against hordes of the hungry undead to protect the occupants of a remote, French Catholic mission, Jim will put his life on the line and the metal to the meat! The world of the award-winning, sold-out ’68 universe expands as this collected volume presents Jim’s origin from the original one-shot comic along with the full-length mini-series: JUNGLE JIM: HELLHOLE in one massive, extras-packed graphic novel. 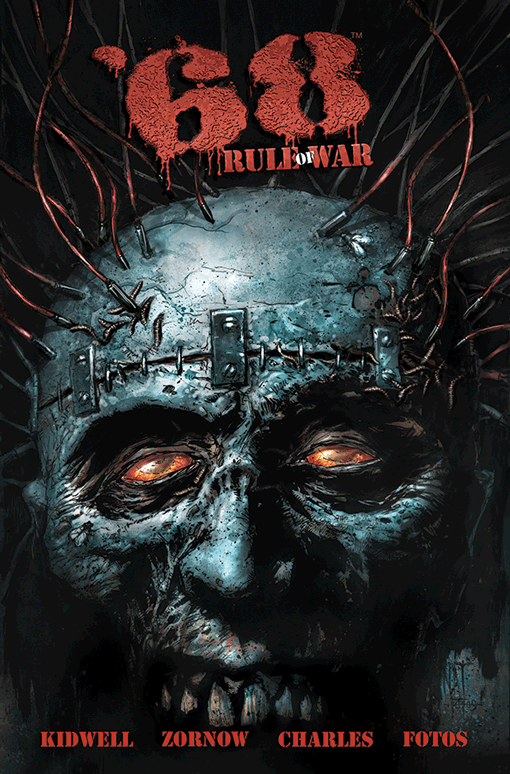 The Vietnam war is over, but CIA Special Agent Declan Rule’s war has just begun. With the vicious, well-trained German Shepherd Nero at his side, he will journey deep into the humid, blood-soaked hell of Cambodia in search of a madman; a demented neurosurgeon bent on the creation of a hard-wired army of the weaponized, radio-controlled undead whose mad plans murdered Rule’s only son. ‘

Over Saigon, Private Kuen Yam and his band of survivors face all new horrors as their wounded plane forces them back into the grip of the dead. And in New Jersey, Joe and Faye Kuen land on the shadowed shores of mysterious Pitt Island…and enter the realm of a psychotic killer who calls himself the ZODIAC. 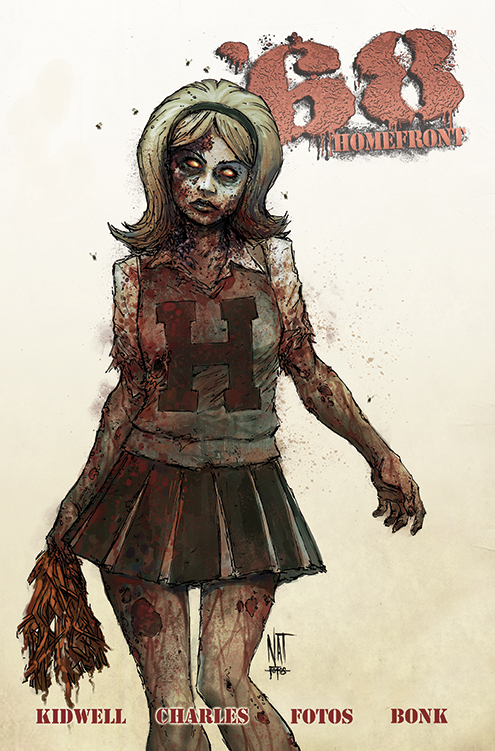 In February of 1968, hell gave up its dead and the entire world became a graveyard filled with hungry cannibalistic ghouls overnight. With HOMEFRONT, the fifth volume in the ongoing ’68 series, the focus on Vietnam and the war shifts to the American continent, revealing three red, dripping slices of post-apocalyptic life in the USA and Canada. A pep rally at Harbinger High in small town Pennsylvania becomes an orgy of undead violence in: ’68: PEECE AND LOVE. The Canadian snow runs red as Vietnam draft-dodgers flee the US seeking asylum with neutral neighbors to the north in ’68 DODGERS. And deep in the Butchertown district of San Francisco, a bloodthirsty madman who calls himself The Zodiac completes with the living dead for headlines, daring the remnants of a fragmented police force to catch him if they can in ’68: BAD SIGN! 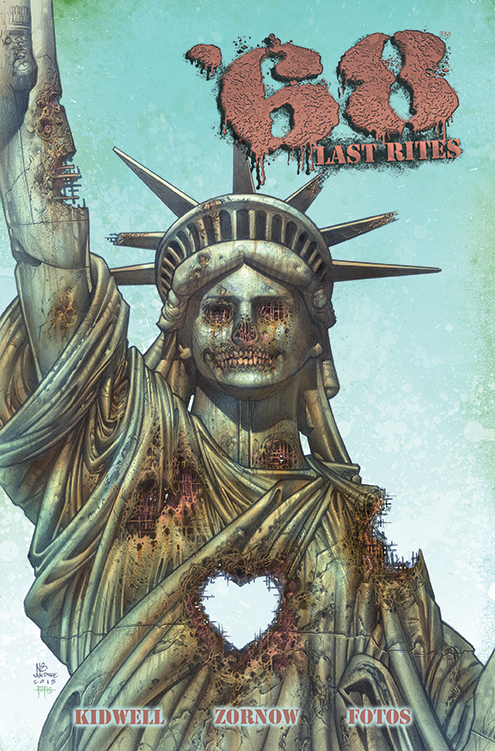 The greatest city in the world is a wasteland of ice and snow. There are no lights on Broadway, no taxis clog the streets and the Empire State stands like a frozen tombstone blanketing a dead metropolis in its shadow. This is New York. This is 1970, two years since the rise of the living dead. This is ’68: LAST RITES, the climactic sixth volume in the epic, award-winning military/horror comics series. From the fortified Flatiron Building, where survivors hold onto life with a white-knuckled grip, to Chinatown, where the stiffening dead rise from subways filled with starving rats, an island off the Jersey coast where living horrors feast on human flesh…to the steaming jungles of Vietnam, where a masked hero becomes a legend and his name, a battle cry.